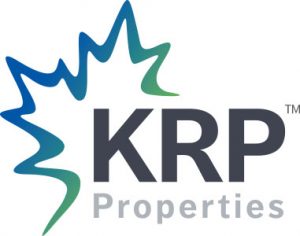 A member of Forbes’ Most Innovative Growth Companies List is the newest resident of Kanata, as Swedish-based Qlik officially opened an office on March Road Tuesday.
by Stephen Karmazyn

“I felt a pull from Ottawa,” said Ottawa-native Mike Potter, the company’s senior vice president of R&D. “I know the market well, I know the people, I know what they’re capable of and I felt putting a R&D here made a lot of sense. One of the objectives was to grow aggressively, and . . . I said [Ottawa] is a place to grow.”

Qlik is a data visualization and business intelligence software company started in Sweden in 1993. Since then, it has since grown to include over 2400 employees, 1700 partners worldwide and a market cap of over $3.5 billion.

Mr. Potter said he is a big believer in his hometown’s tech resources.

“We took a very methodical approach to [choosing cities],” he said. “We went out and scored all the leading locations globally. By the numbers, Ottawa legitimately came up at the top.”

Mr. Potter cited the proximity to the U.S. market, talent availability, quality of life, cost of living and government incentives as some of the major factors that motivated his recommendation of Ottawa to the executive board.

This marks the first Qlik R&D location in Canada. It will be focused on developing software for the cloud, analytics, and business intelligence.

Mr. Potter explained that while California and Austin, Texas may be the more obvious sites for tech R&D offices, they felt “over-picked”. He said that in Ottawa, the tech atmosphere is more about creation rather than the next big paycheck.

“Ottawa is a tight knit community,” Mr. Potter said. “When you develop a strong network . . . you have great access to talent that goes beyond sheer numbers.”

Mr. Potter said that Qlik’s vision statement is to touch a billion lives, and Ottawa marks another step towards that goal.